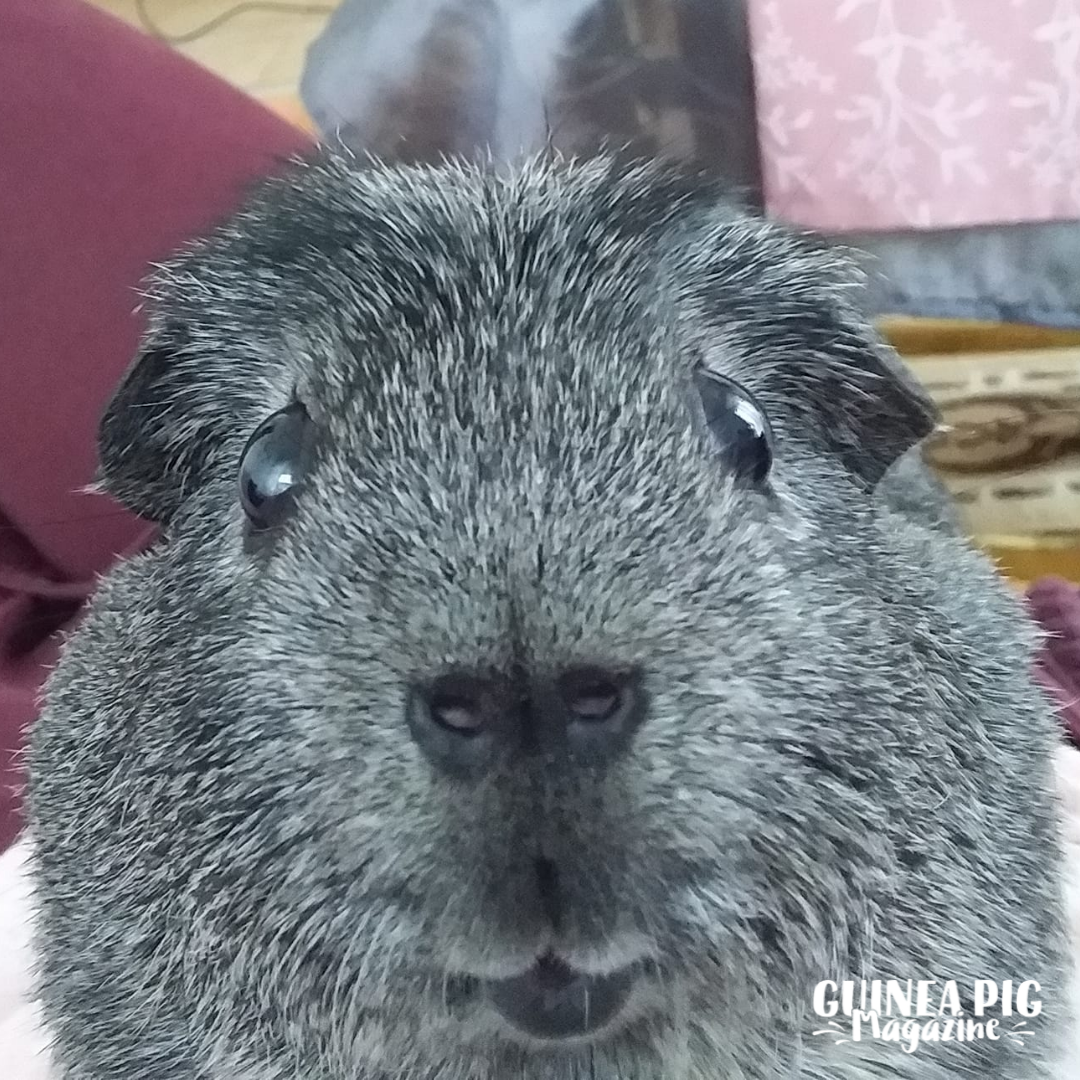 Training animals can be really fun and rewarding and owners can get a great deal of pleasure from training their pets. Although guinea pigs are less well known for doing tricks, a guinea pigs learning capacity is great, and if trained patiently with lots of repetition and rewards they can be taught many tricks. Guinea pigs have an amenable and docile temperament which makes them ideal for training, they can be taught to come when called, push a ball, give kisses, spin in a circle and even jump through a hoop!

Training a guinea pig has many benefits; it promotes mental stimulation, is a form of exercise and improves the human-animal bond. Training is fun but it can also have a practical application. Training a guinea pig to cooperate voluntarily as part of a veterinary procedure, to stay still for example, can also be used to make a procedure less stressful.

How do guinea pigs learn?

Positive reinforcement involves the application of a stimulus (such as food, or a favourite toy) immediately following a desired response (such as sit or raise of paw). The animal makes the association that doing a particular behaviour will end up with a reward and this increases the likelihood of the behaviour being repeated in the future.

First of all it’s important to find out what motivates a guinea pig before positive reinforcement training starts. Guinea pigs aren’t usually interested in toys, however most guinea pigs love food and will work hard to gain it. A stick of broccoli, kale or cabbage usually works well as a reward and giving them a reward once they’ve done something correctly will let them know that they have done something right. Try out a few different food treats, and see which one the guinea pig responds to best and use this favourite treat when training. Guinea pigs respond well to voice as well, so using words of encouragement during training can also be really beneficial. Using a calm voice to praise the guinea pig helps to reassure them and can also be used to ‘mark’ a desired behaviour which identifies the action required for them to repeat in future.

Finding a quiet area to train with few distractions will help the guinea pig feel safe and secure and will allow them to fully focus on training. An enclosed area, such as an exercise pen is an ideal environment as it’s safe and secure. If the guinea pig is timid, get them used to the training environment first before training starts. Place them in the pen several times a day for short periods, provide them with a shelter so they can hide if they feel insecure and also provide them with some food and water. The guinea pig should be familiar with the environment and relaxed before any training starts.

A tame guinea pig is a trainable guinea pig! If using food as a reward, a guinea pig should confidently take the food from the hand and also follow a food lure. This will make training in the future much easier. Start by placing the guinea pigs favourite food item in the palm of the hand, and allow them to approach in their own time and take the food.

Practice this a couple times a day until the guinea pig is confident in approaching and taking food from the hand and fingers. Next, hold the food between the fingers, when the guinea pig moves towards the food and just before they reach to take the food, move the treat slowly in front on them so they have to take a step towards the food.

Remember to keep the treat close to the nose and move the treat really slowly so the guinea pig understands that they need to follow the treat. If they step towards the food, reward them immediately by giving them the food. Gradually increase the number of steps the guinea pig has to do in order to obtain the food reward. Once the guinea pig is confidently following the reward training can commence.

A simple trick to teach

Guinea pigs can be taught many tricks for fun but also for practical purposes such as going back into their enclosure after time spent outside. When starting to train a guinea pig, it’s important to start with a simple trick first to avoid confusion. Once the guinea pig has mastered simple tricks, more complex tricks can be achieved. Have a go at this simple trick in 3 easy steps:

Hints and tips for successful training

2.Train after meal times (30-60 minutes after a meal). This will help ensure the guinea pig is not exercising on a full stomach.

4.Don’t force the guinea pig to do something. If the guinea pig is scared, stop training immediately and train on another day instead when the guinea pig is more relaxed. Never punish a guinea pig as this can make them even more nervous. Signs of a scared guinea pig include hiding, over-grooming, sitting hunched or circling their enclosure repeatedly.

5.The use of a Clicker. Some trainers prefer to use a Clicker device to mark a desired behaviour instead of a verbal marker. Guinea pigs have sensitive hearing and as such can find the noise a clicker produces loud and frightening. The use of a gentle verbal marker such as “Good!” is recommended although if a clicker is used, the noise can be softened by holding the clicker in a pocket to muffle the sound or using the top of a ball point pen instead.

6.Avoid overfeeding guinea pigs. Be careful not to overfed guinea pigs with treats as this can lead to obesity. If the guinea pig is on a restricted diet, a portion of food from their daily feed can be rationed and used specifically for training.

7.Don’t forget to have fun! Training can be enriching for the guinea pig and enjoyable for the owner, so make sure every training session is fun and ends on a positive note!

1 thought on “A Guide To Training Guinea pigs”