Want to get hold of one or more of our back issues? Well now you can! If you missed it, here’s Issue 63.

Some of what’s inside:

Rescue Story: The Best & Worst of Humanity – We are crossing-borders with this rescue story. Told by Christine Pries from Germany, and translated by Wiebke Wiese Thomas.

The Real Celebrity Pigs of Instagram – We hop over to Eastern France now to meet Laura of @lespatichons and find out more about her band of gorgeous celebrity piggies.

The Piggy Whisperer – A brand new series from Wiebke Wiese Thomas: The Herd and I. Come with us as we delve into the complexities of guinea pig thought. Part 1: The Group – A Look at Social Identity.

Elf’s Love Songs to Guinea Pigs – Cats, cats and more cats. Join Elf Lyons as she tries to stop the local cats peering through the windows and scaring Ian and Clara Cupcake… 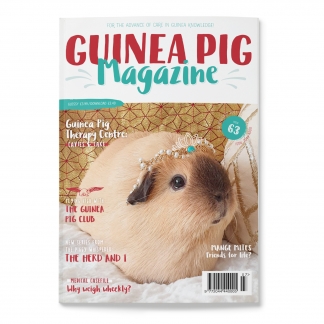